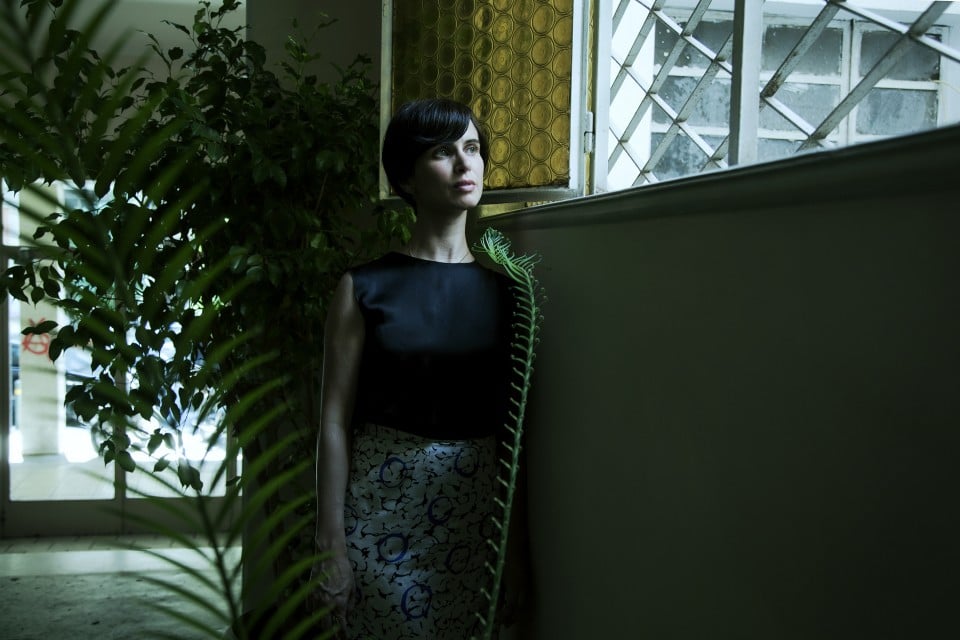 Ιn order for you to understand this project called The Turtle, I need to tell you a little bit more about myself. I am the youngest child of Greeks immigrants who started a new life in Australia in the late sixties. Although my parents had a prosperous business, a bakery in Piraeus, they left Greece when the military occupation began, joining the long line of Greek “exiles”. My parents were born in Lesvos 1 and have Turkish heritage. My DNA, from both sides of the family, carries the trauma of the Asia Minor Catastrophe that took place in early 20th century.

I was born in 1972 in Port Lincoln, a small fishing town in South Australia (see document No 1). A year later we relocated to Adelaide, where I grew up along with my three older siblings and other Greek relatives. The name that appears on my birth certificate is Helen Vrontis, but my original Greek name is Ελένη Βροντή. If my name would be pronounced properly in English it should be written like this: Helēne Brontē (brontē derives from the Greek word βροντή which means “thunder”). 2

In 1981, my parents, Athena and Achilles (named after Homer’s protagonists), having lived their own personal trojan war, decided to return Greece with their four children. Were they stroked by homesickness or was it a desperate move in order to save their marriage? I will never know. But their decision coincided with a significant time for their own country: It was the year a strong earthquake hit the greek ground, both literally and metaphorically. Apart from the geologic fault that cause damage to the capital of Greece, the political scene was also shaken: Greece entered the European Union under the liberal government of Konstandinos Karamanlis, and the same year the socialist leader Andreas Papandreou came to power. I still remember the flags of the political party PASOK waving victoriously out of the windows of the small city cars.

Coming and living in Athens was quite a cultural shock: apart from the different mentality and the bizarre political behaviour of the Greek people, I felt depressed being surrounded by so much cement; there is no free space and green as in comparison to Australia. Only, until this point, I realise the true meanings of the words displacement and dislocation. Nobody had prepared me -at nine years old- for the heartbreak of losing a country and the sentimental difficulties of getting a new one. So, I was authored the Greek citizenship, I became a Christian Orthodox in the government’s official papers and Athens became my hometown since then (see doc. #2).

I went to the Polycladic Lyceum of Athens (see document #3), a high school that looked like a prison from the outside, but was quite a cool, a revolutionary place for education in the inside – one of its students was Alexis Tsipras, the ex Primeminister of Greece, the Greek politician that nearly led the country to its exodus from the European Union. But instead of the ‘Grexit’, the ‘Brexit’ happened in February 2020. Anyway, the whole idea of the E.U. seems to be falling apart, and who knows, what will happen after German Chancellor Angela Merkel steps downs from power.

In 1990 I passed the exams and entered a higher educational establishment in Athens (see doc. #4). I studied Mass Media & Theory of Communications (major in Cultural Management) at the Panteion University of Social & Political Sciences; it was then a newly constructed department by Greek academics who bred on the French post-modernism. Under the exchange student programme Erasmus I went for one semester at the Catholic University of Louvain in Belgium (see doc #5), where I studied cinema, communication of music and public relations. Later on, I decided to apply for the Master of Arts in Documentary Research at the London College of Printing, which today operates under the umbrella of the University of Arts London (see doc. #6). I was awarded with the scholarship “Lychnos” from the Journalist Union ESIEA, of whom I am a member since 20-12-1999 until today  (see doc. # 7). In-between, I studied languages and dance, modern and ballet (see documents 7,8,9).

I started my journalistic career at the well-established newspaper Kathimerini as a cultural writer. As time passed by, I worked for various Greek and foreign media (DW, ITN London, Channel 5 UK, ORF, ARTE, etc), always using the pen name Selana. 3 In 2018, during the Greek financial crisis, I was fired from the newspaper along with many other colleagues. At the age of 45, I decided to return to Academia: In June of 2021 I finished my Master Degree in Digital Arts at the Athens School of Fine Arts.

Apart from writing, I also produce artistic videos and documentaries. My first two documentaries were shown at the Thessaloniki Documentary Festival. The first one titled Ich Ich Du Ach Sie (2004) is a video diary about the rave years in the 90s in Greece, and the second one,  Zorro the Cat (2012), is a profile of a ‘jellicle’ cat that lived in the center of Athens (watch the complete movie here and for more details read the review written by the academic, documentary filmmaker and artist Eva Stefani (see doc. # 10). My newest film titled Polikatoikia focuses on the athenian apartment building – a unique Mediterranean structure- and the way of living in globalisation (see the trailer here).

Journalist, documentarist and digital artist. I’ll add another title: I am a solo mom of two, which for me is one of the hardest jobs on earth, especially if that woman lives in Greece. In order to take care of my kids, I founded this newsroom named “Chelona” 4. If you ask me what are my qualities or skills, I would definitely say my intuition, my different views on matters, my outspokenness (well, all Aussies are considered outspoken) and that I am a fighter. I fight for what I believe and I like to make all my crazy ideas come true.

Nowadays, – with the climate change, the huge immigration problems, the new technologies invading every sector of life, the globalisation side effects and the rise of authoritarian and alt-right regimes in the Western world-, we need to have our eyes wide open. Bold journalism and radical art is needed. So as a professional in the field of media, communications and culture, but also as a parent, I feel the urge more than ever to protect the future of our children. At these critical times we need to slow down and think what is important to us.